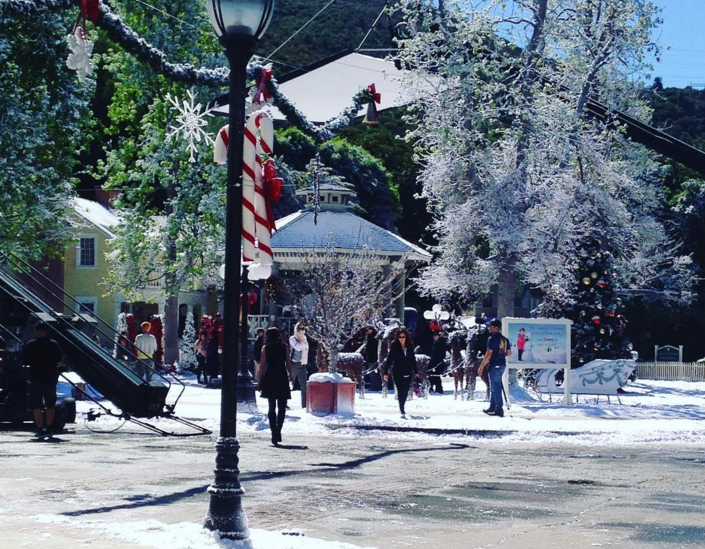 Now that we officially know Melissa McCarthy will be putting in an appearance during the Gilmore Girls revival on Netflix we can get down to the important things. The major one that I’ve been wondering about (of course) is whether or not we’d be gifted with a new Rory and Lorelai Christmas. Disappointingly, Gilmore Girls only ever had one Christmas themed episode. It’s a great episode, but it’s also a bit of a downer. Lorelai and Rory are in a fight, Richard collapses which puts an end to Emily’s amazing party, and everyone spends the entire time at the hospital. You certainly get all of the “feels” but not of the sugar cookies and gently falling snow variety. Plus, I absolutely believe that if anyone would put on a killer Christmas it would the wacky people of Stars Hollow.

Thankfully though it appears that we’re going to get our wish! In the above Instagram pic, shared by one of the show’s producers, my little eye spies candy canes, a decked out tree, bright red bows, reindeer, a sleigh, and oodles of garland and fake snow. Do you think Kirk will dress up like an elf? Maybe Taylor will be the town’s Santa? Might Luke possibly serve eggnog at the diner? Could the winter episode’s plot be a Gilmore Girls meets A Christmas Carol crossover? We’ll just have to wait and see.